I am seated at the sepulchre in the Passage of Les Morelles, past Els Vilars, in Espolla.

The dolmen is a few metres away from the GR11 path, going down the gully. There is no mistake about the site itself. The energy here is incredible, and there is something discreetly but undeniably enchanting about the view. There is nothing especially monumental about this place, although something is to be culled from the lines of the horizon, the sound of the water below and the vegetation. A combination of many small features giving it an overall charm that is difficult to downplay.

The silence (or roar, more likely) of nature in its maximum splendour is barely interrupted by the occasional low-cost flight making its way to Girona. Apart from that you have birds, buzzing insects, running water (it has rained recently) and the wind. Just why they chose to bury their beloved here is a mystery. It does not seem at all like a travelled route, and even less so for those times, when the only paths through the land were those made by migrating animals. Likely they moved for different reasons than we do, something that nowadays we are far from perceiving and understanding. Perhaps everything was that much easier, they simply buried their dead in the same place they had lost their lives, fighting a bear, a wild boar or pack of wolves. Whatever the case may be, it is exciting to think that our ancestors chose to make this a place of rest, and that for them, as for us, it was a place to be recharged with primeval energy. 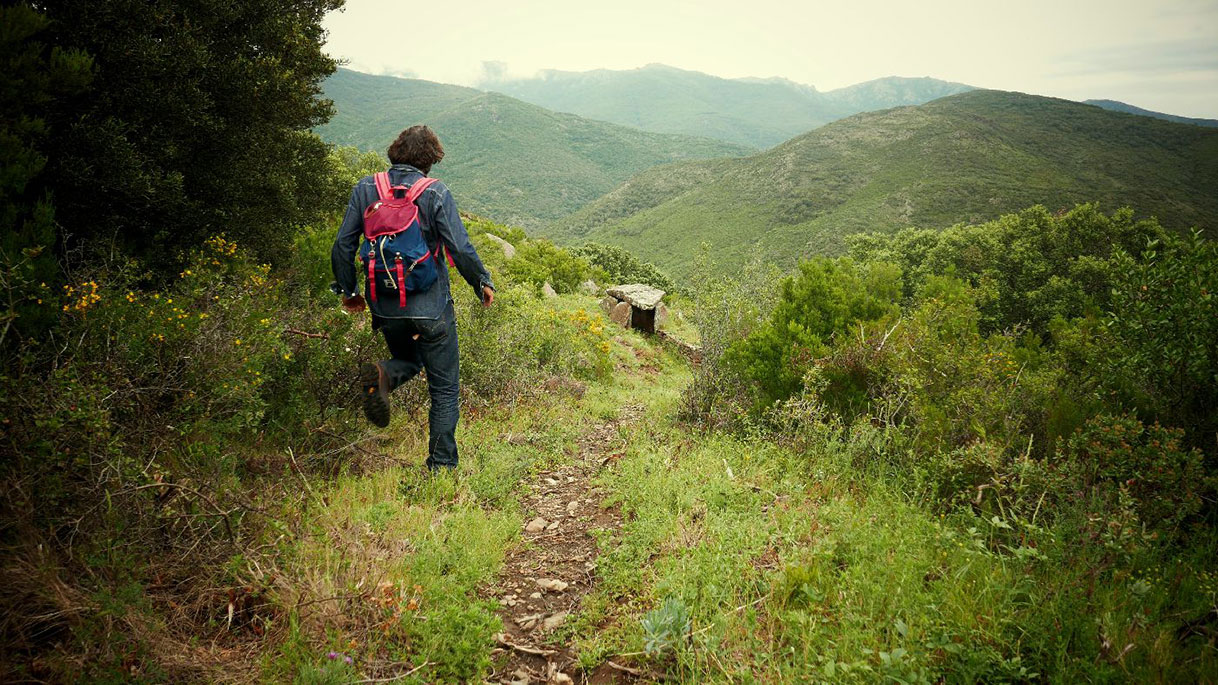 On this site tufts of besom heath (Erica scoparia) line the mountainsides, giving them a thick green density. There is also a lot of grey-leaved cistus (Cistus albidus), and thorny broom. Scattered clumps of Spanish lavender, rosemary and thyme keep the bees content, infusing the atmosphere with a particular scent, which today, after the rains, is intoxicatingly fresh and acute.