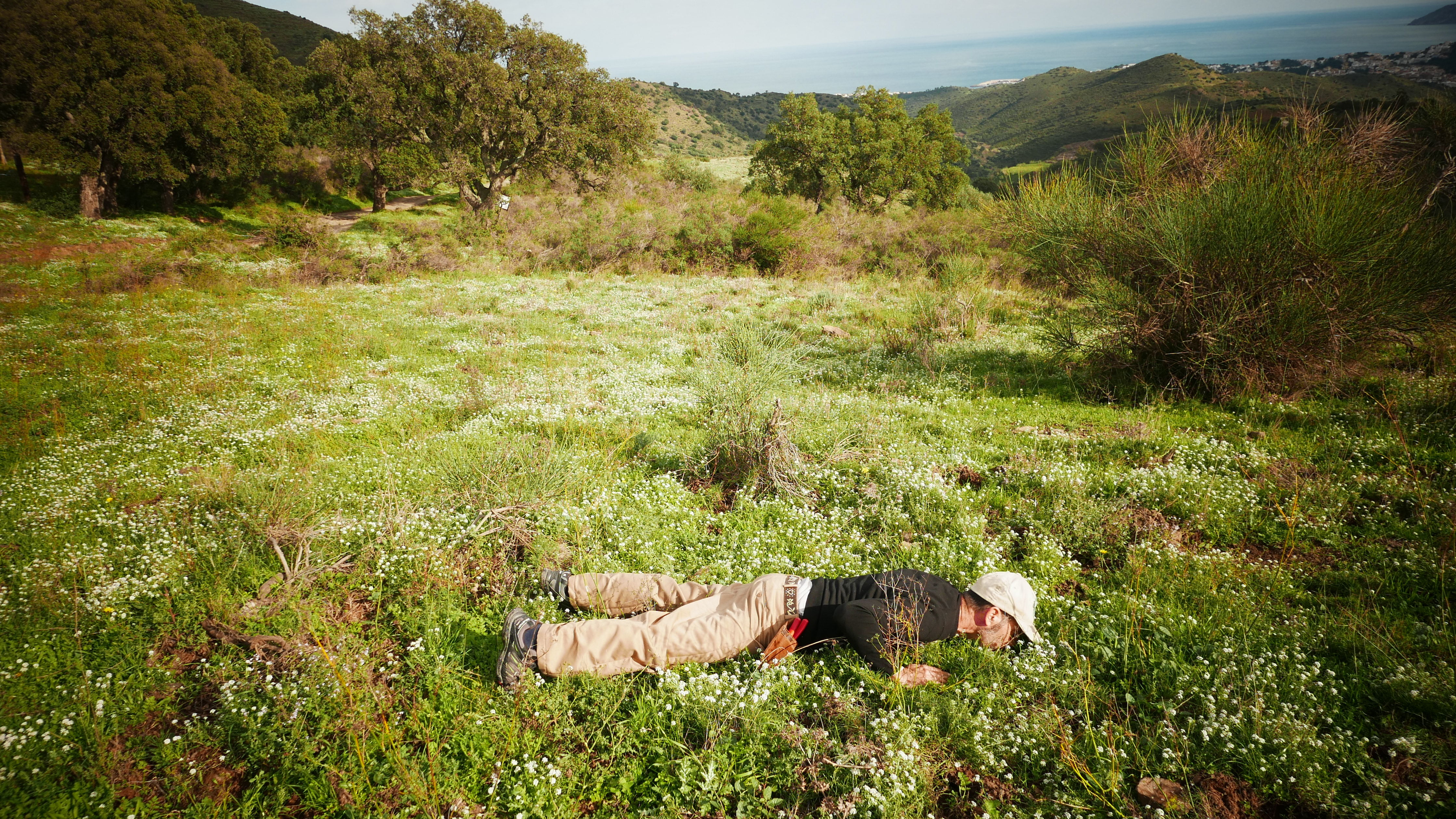 Piero Steiner, is one of those great international artists who does his work in the shade. With an overflowing humanity and an exquisite sensibility, she unravels in each of his works, the best and the worst of the human being with a disarming simplicity. He knows how to ground the highest discourses. He knows how to pass through body and emotions the most abstract ideas and the most erudite concepts. When you tell him something, he listens. But he does not remain seated. He needs to move what you say, to put it into action.
The first time we met to discuss a possible artistic project together, we created in less than an hour, some of the most powerful scenes of what would later be our first show, CONSTRUCTIVO.

Since then there have been many complicities and projects in which we have collaborated and our friendship has grown with each one of them.
For me, to make this CAMÍ with him, was obvious. It was just when we met (although we already knew each other for a long time. I admired him for his work with Los Los, since my student days) that I began to feel the need for a change . Nobody like Piero knew my need, and the transformation process I was living in.

He continues fighting in the trenches for a theater without labels while touring with successful shows throughout the world. In spite of that, he follows my steps from a distance.I do the same with him. We deserved this CAMÍ. An encounter. Another one. 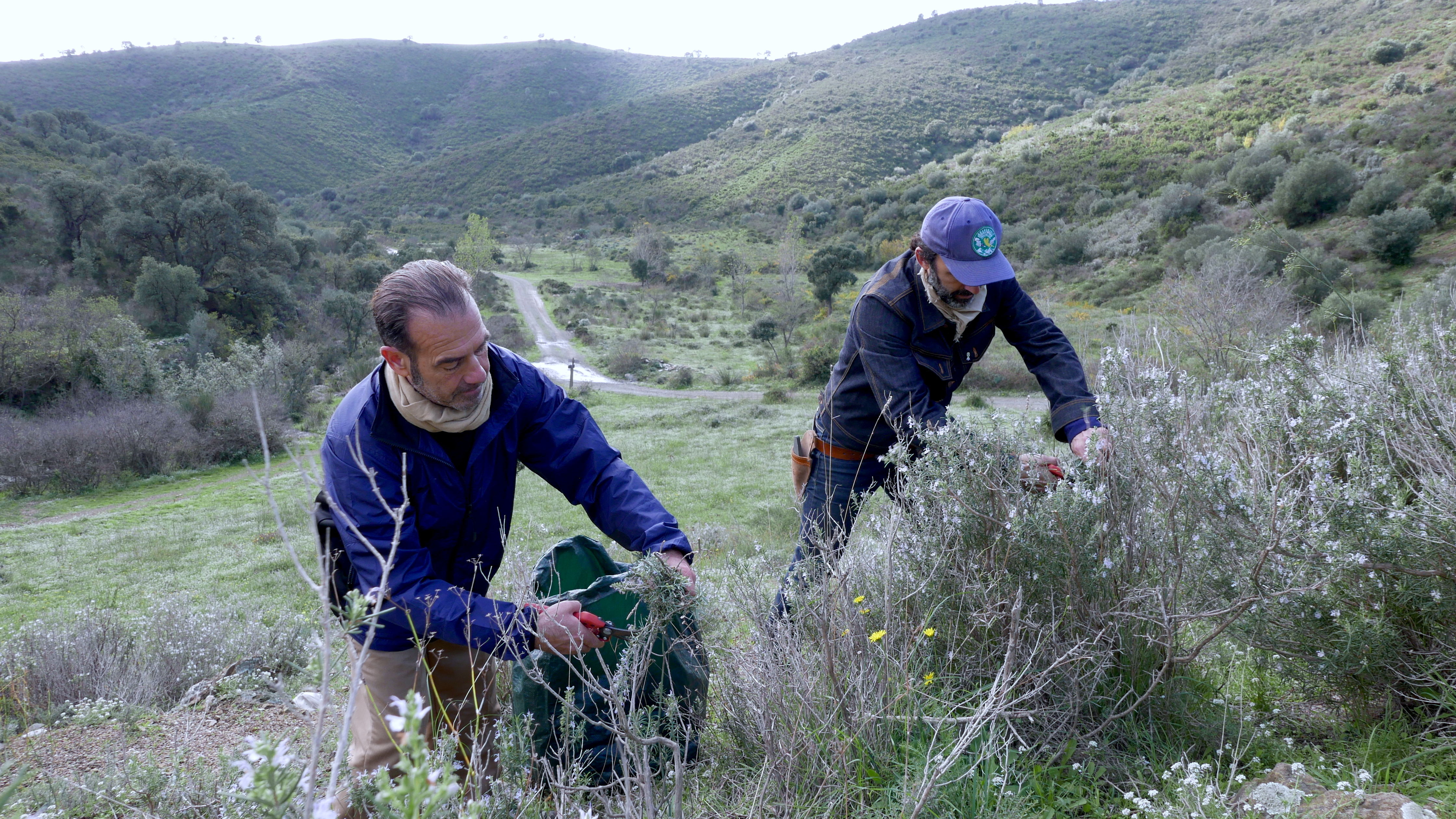 The chosen place was not random. It was here where everything started. It was walking through these hills when, without knowing it, I made a decision. The one that has brought me here. So everything, the company and the place, had a powerful load for me, and it was expected that the day would be very emotional.

After a few weeks of rain and bad weather, the day dawned splendidly. The Canigó sported his first snows, which had been covered by the haze for weeks and the temperature seemed to make a break in his descent into winter.

At ten o’clock in the morning we left Pontós towards La Valleta, a few kilometers from Llançà, in a small valley hidden between the mountains that separate La plana from the coast, north of Cap de Creus.

On our way, in the Land Rover I tried to explain Piero what we were going to do, but he stopped me. – We’ll do it Ernesto. Don’t tell me anything. We will do it.
And we did. We did not have much time. On these time of the year days are short. But we took the best of it. We collected, we danced, we laughed, we ate and as usual, with Piero, we created, without almost realizing it, many new show beginnings. 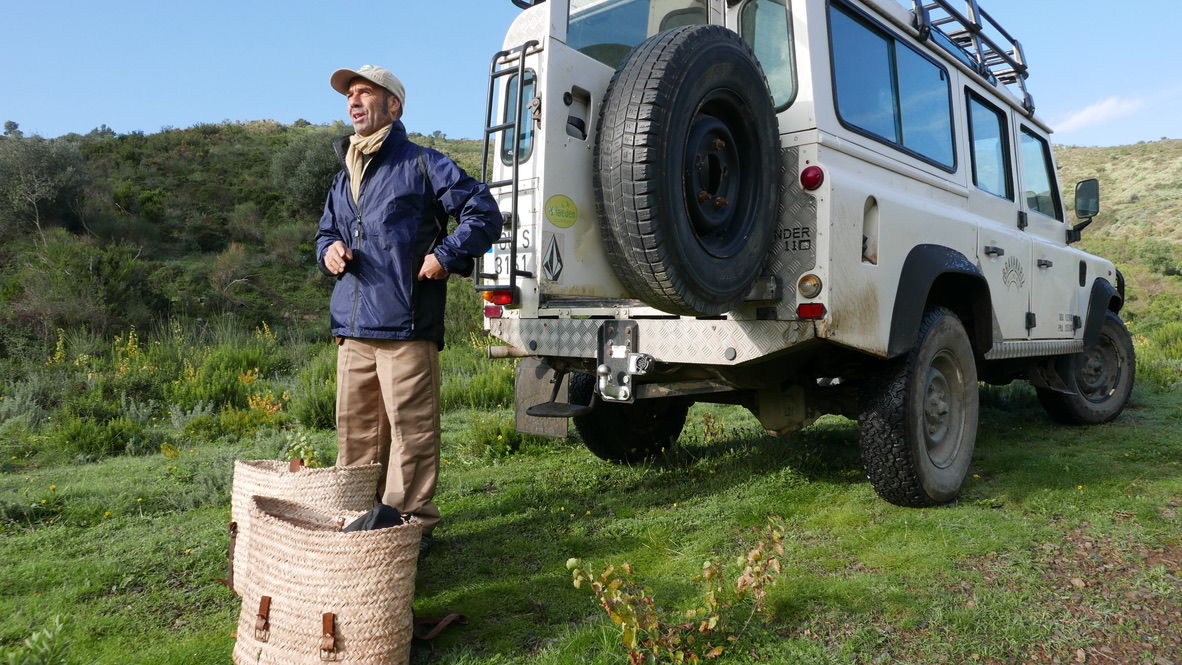 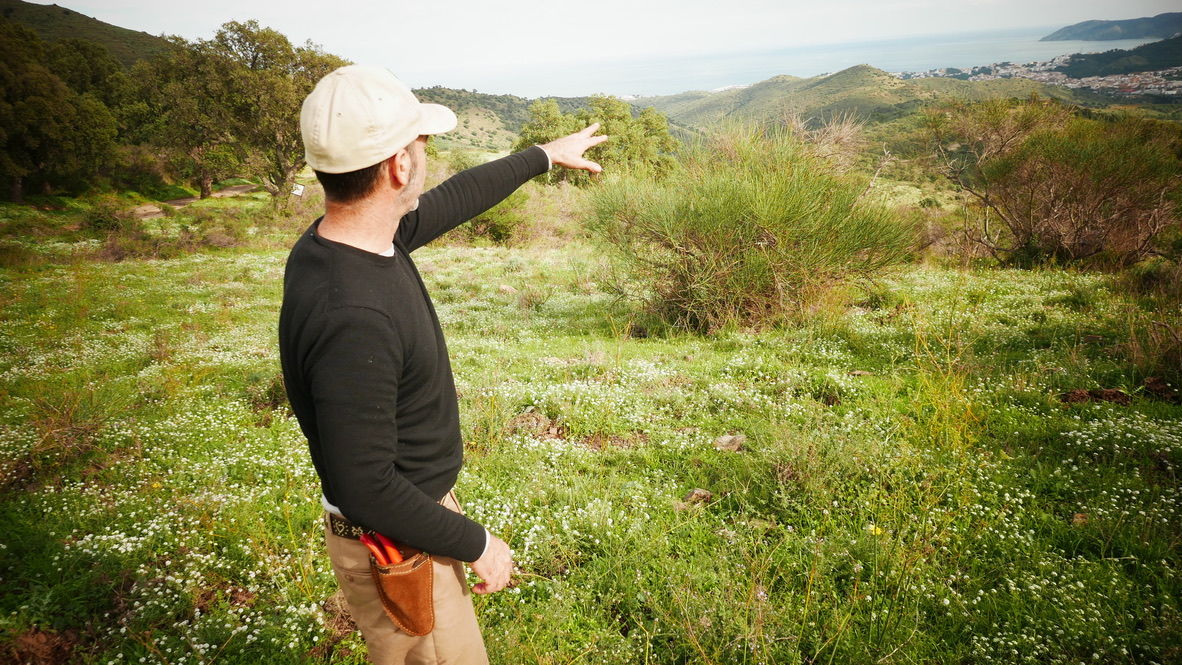 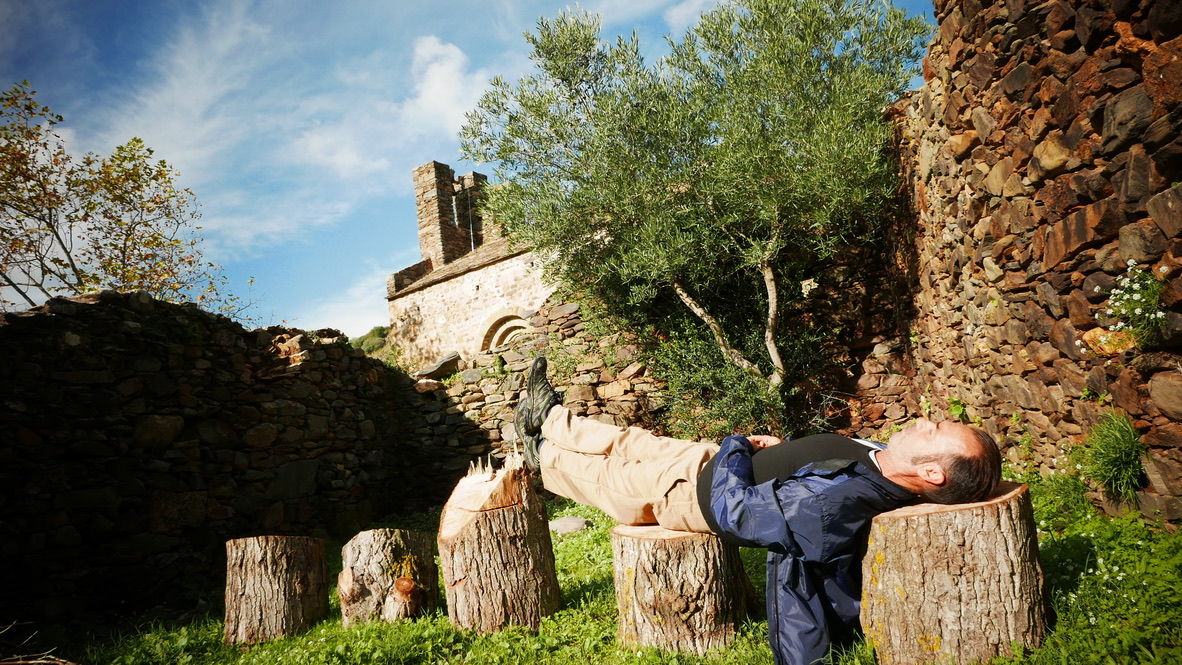 The environment could not be more measured with our mood. After the rains, the water of the torrent descended impetuously, filling the sound space with an incessant vitality and urgency. The calamenta (Satureja calamentis) and the capblanc (Lobularia maritime) painted the meadows in white and purple, and the rosemary (Rosmarinus officinalis) in bloom gave a flourish look to the surrounding mountains.
The càdecs (Juniperus oxycedrus) showed their most intense green, already prepared to receive their winter fruits while the alocs (Vitex agnus-castus) of the river banks, presented a lamentable and leafless aspect, with their fragrant seeds arranged as rattles. 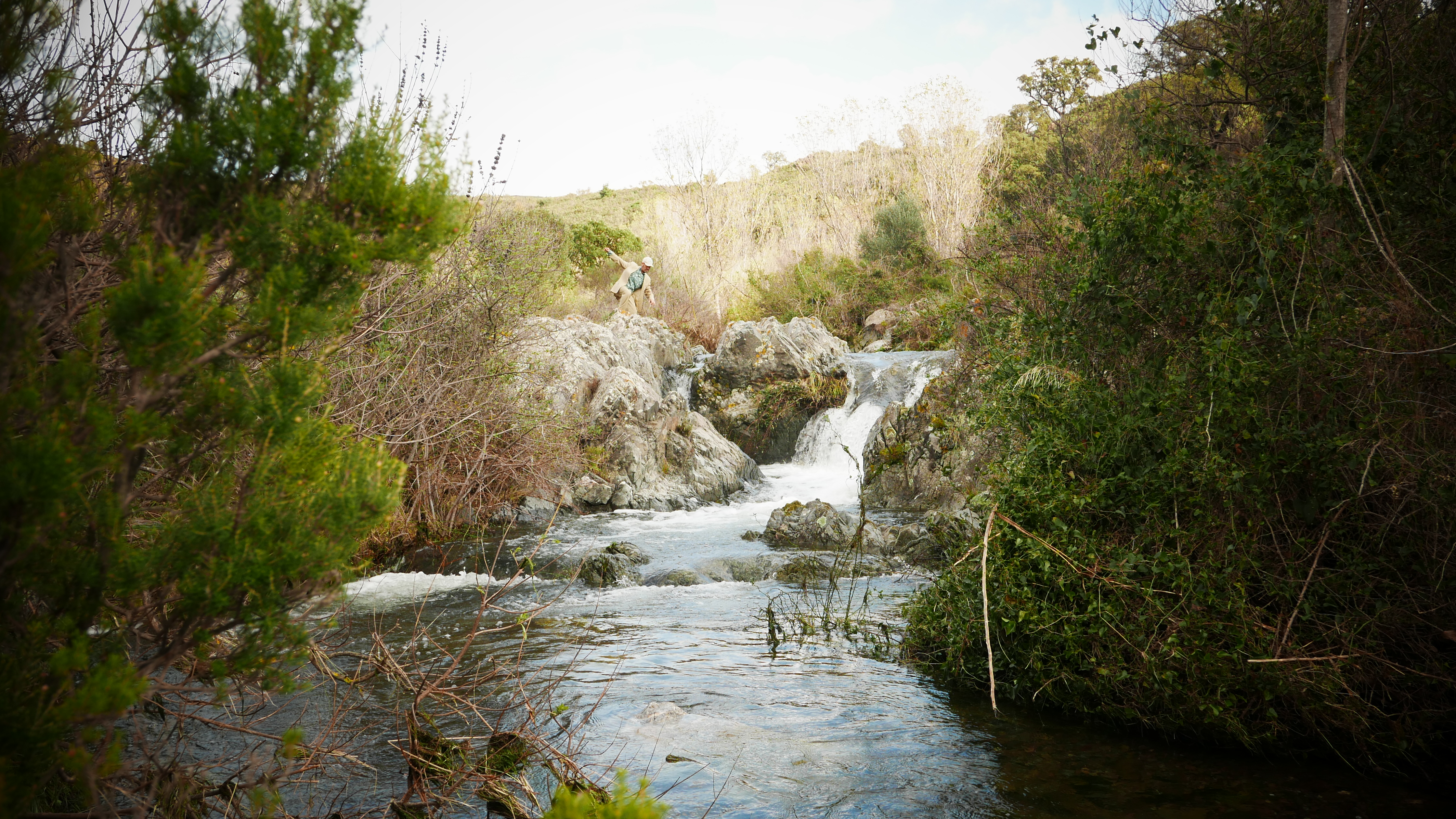 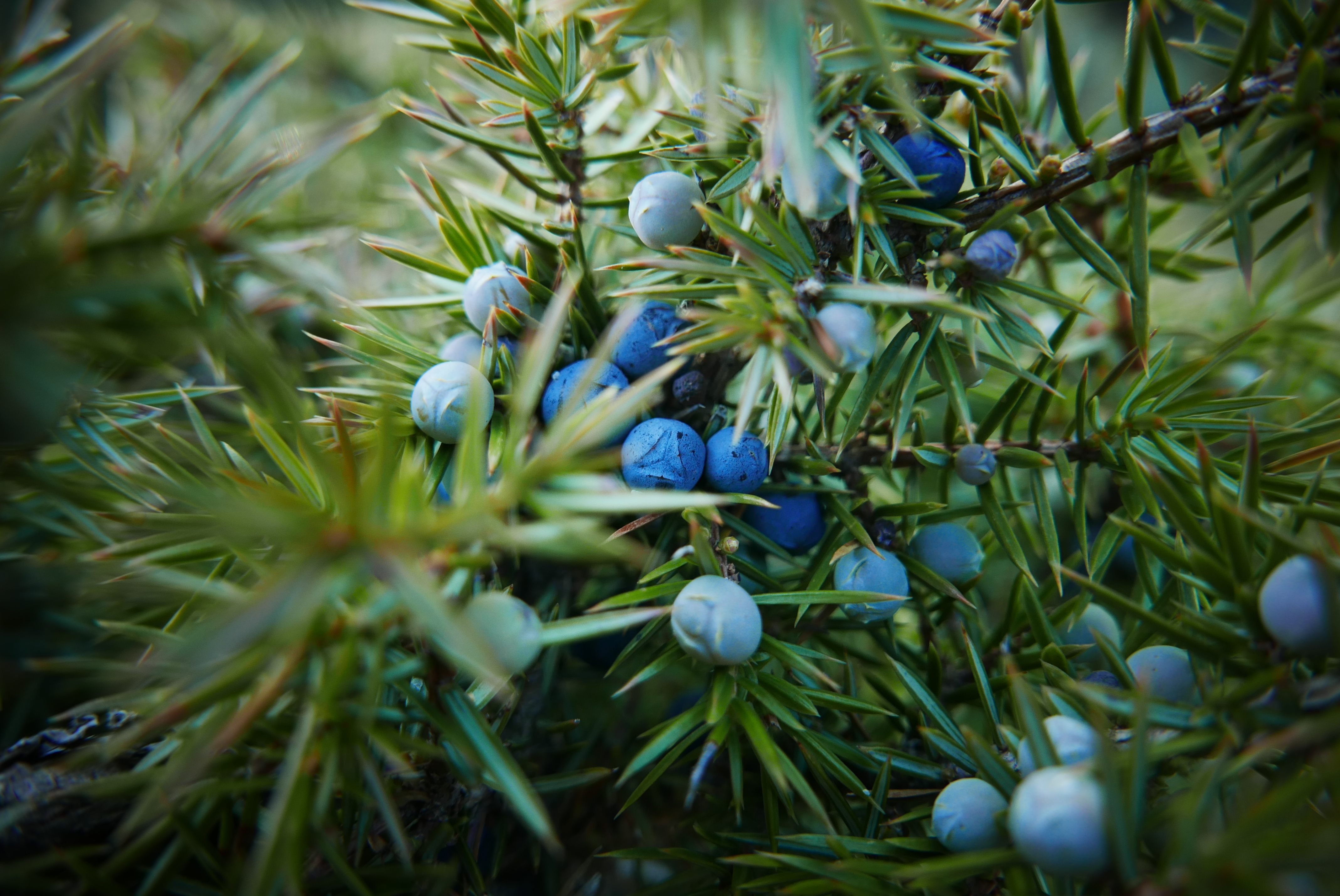 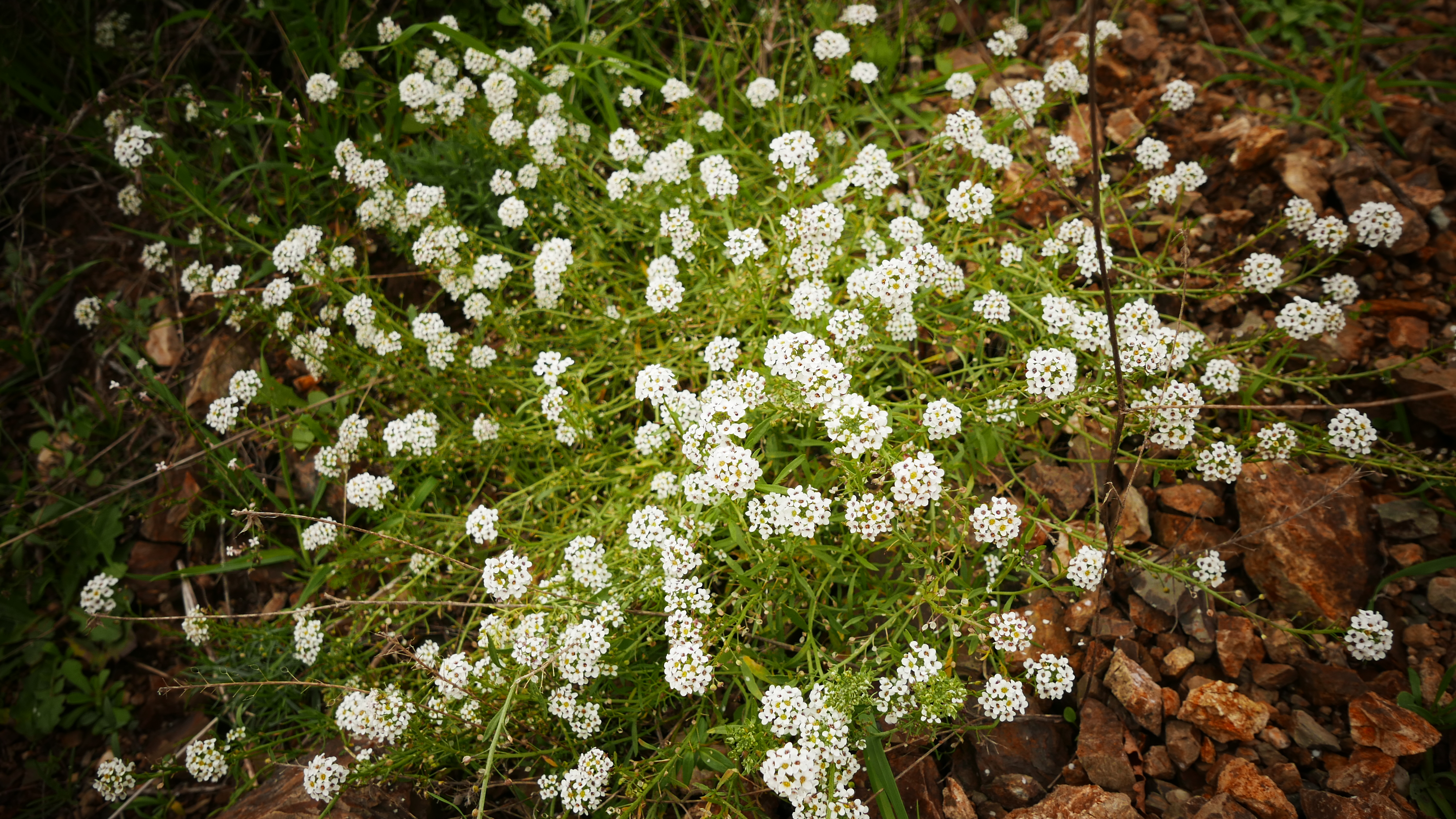 After hours of collecting, by the hermitage of Sant Silvestre, I explained to Piero what to formulate with the hands meant. Not many words were needed. He just had to smell his. To reinforce the idea, I told him to pick up a few black olives and crush them between his fingers. With his hands anoint in that way, with that freshly pressed vegetable base oil, I asked him to caress the capblanc, the calamenta, the rosemary and the aloc. There was our capture. CAMÍ, began to take shape. The pine (Pinus halepensis and Pinus sylvestris), the càdec, the thyme (Thymus) and the bark of eucalyptus (Eucaliptus globulus) still needed to be added. But that already had an unquestionable personality. The soul of the place. 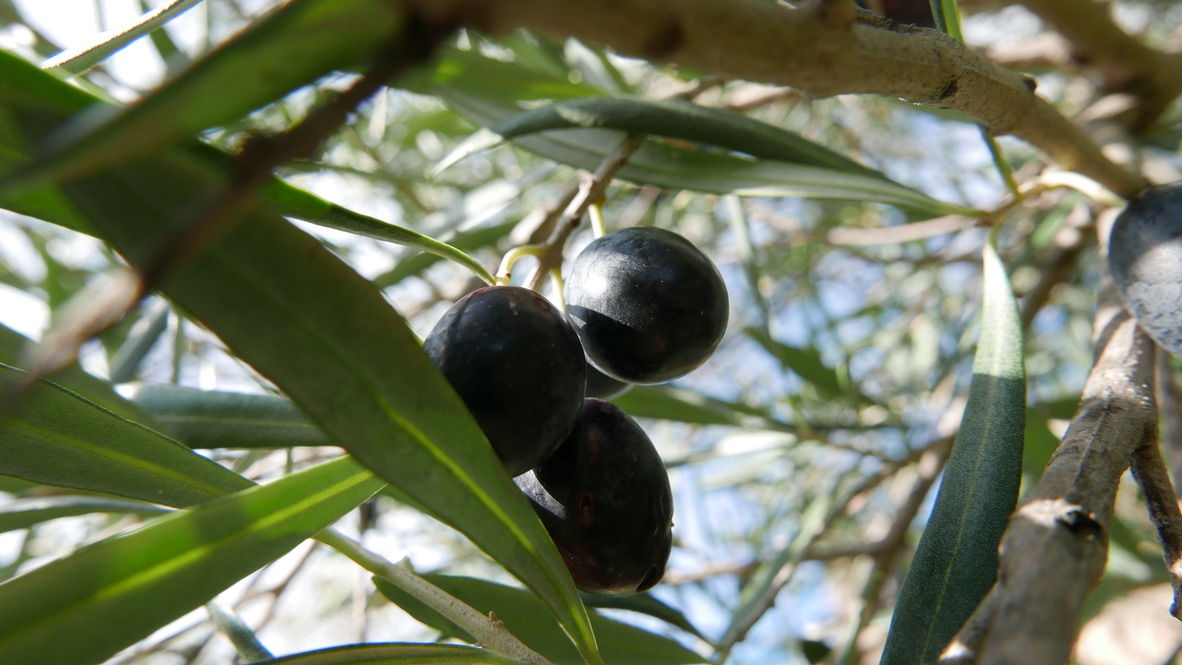 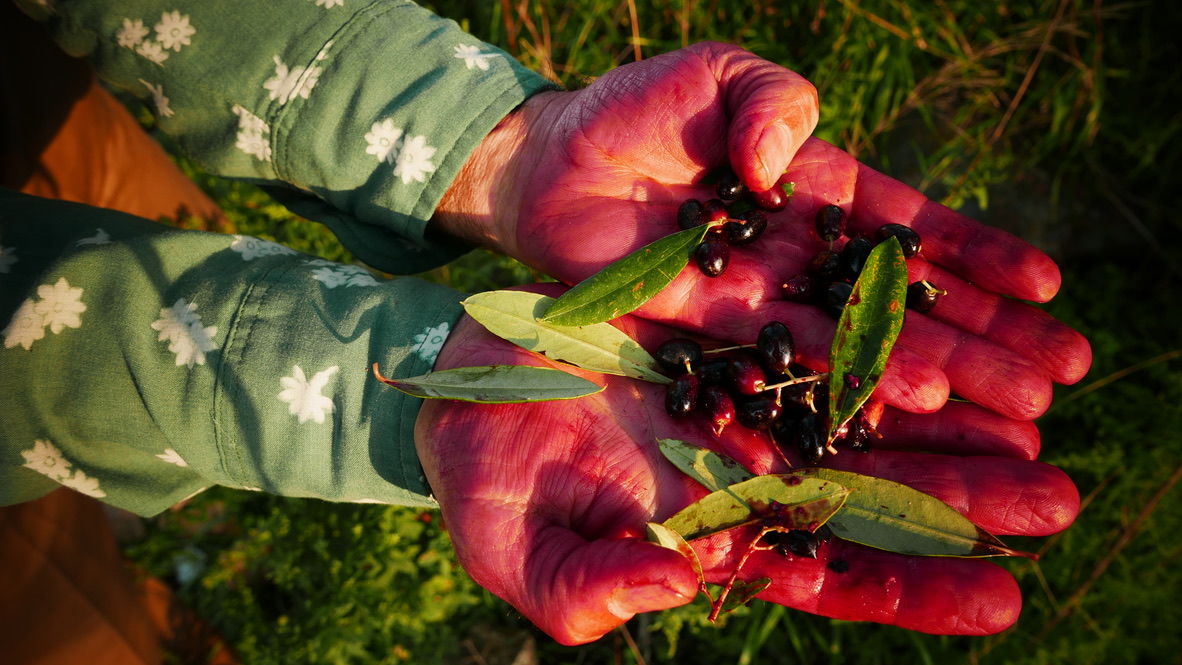 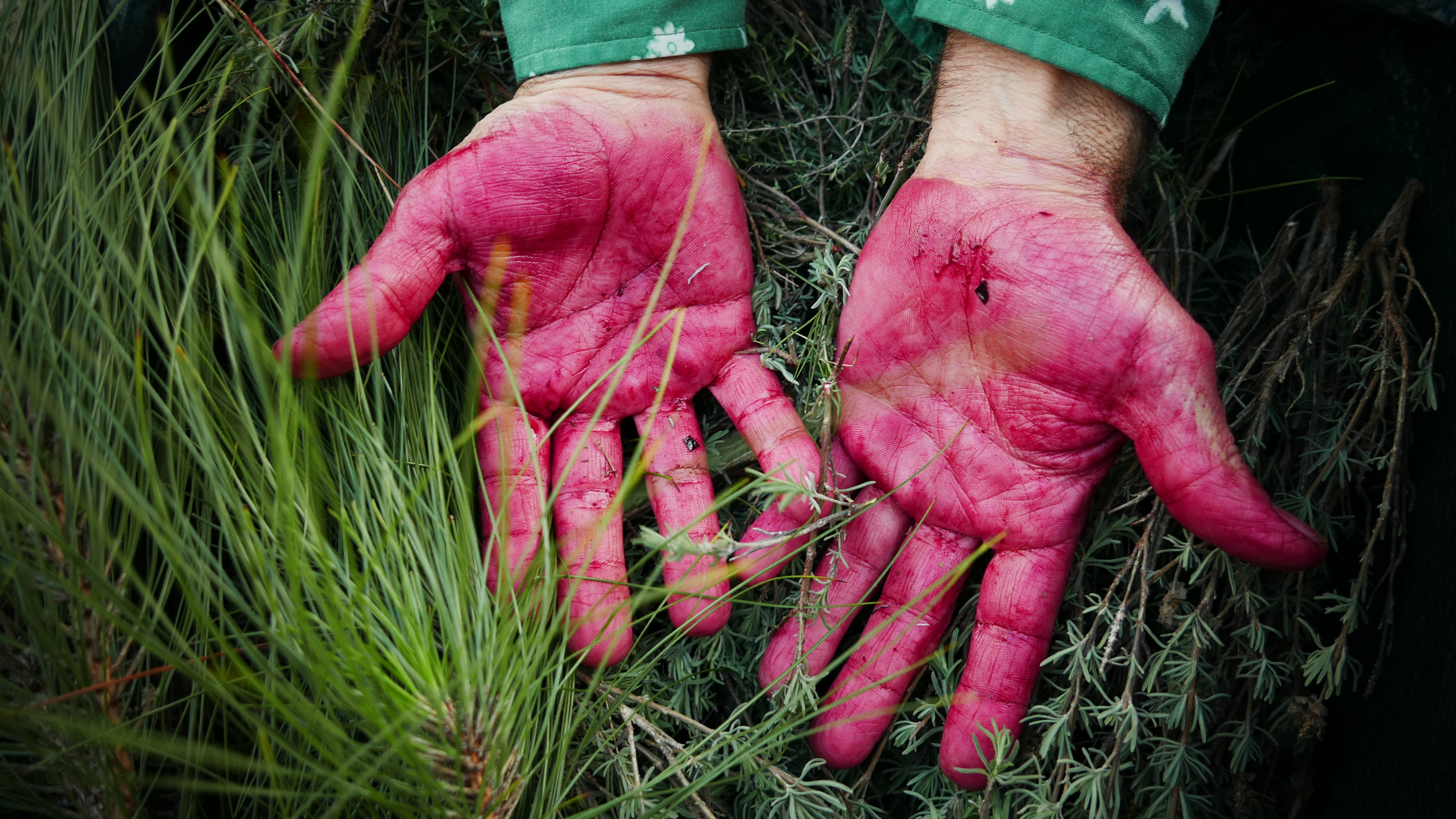 I noticed in his tiny Italian eyes, that he understood. I knew by his look and silence that he had understood the basic idea of our project. A concept that most of the time costs me many words and passionate explanations to convey. From here on, he was the leader. He would hurry me. He wanted to finish the harvest so he could put everything he had lived through the body. He wanted to talk about that, but he wanted to do it his way.

I just had to place the camera. He was in charge of maintaining an intense dialogue with the plants, with the environment and with himself. The result is in this little audiovisual jewel:

This CAMÍ, is not only the capture of a specific place, time and landscape. It also contains the essence of a great friendship between two men.
It distills the looks, the silences and the emotional gestures of two beings who take the time to meet each time they see each other.
There is a lot of potential in these bottles.
A lot. 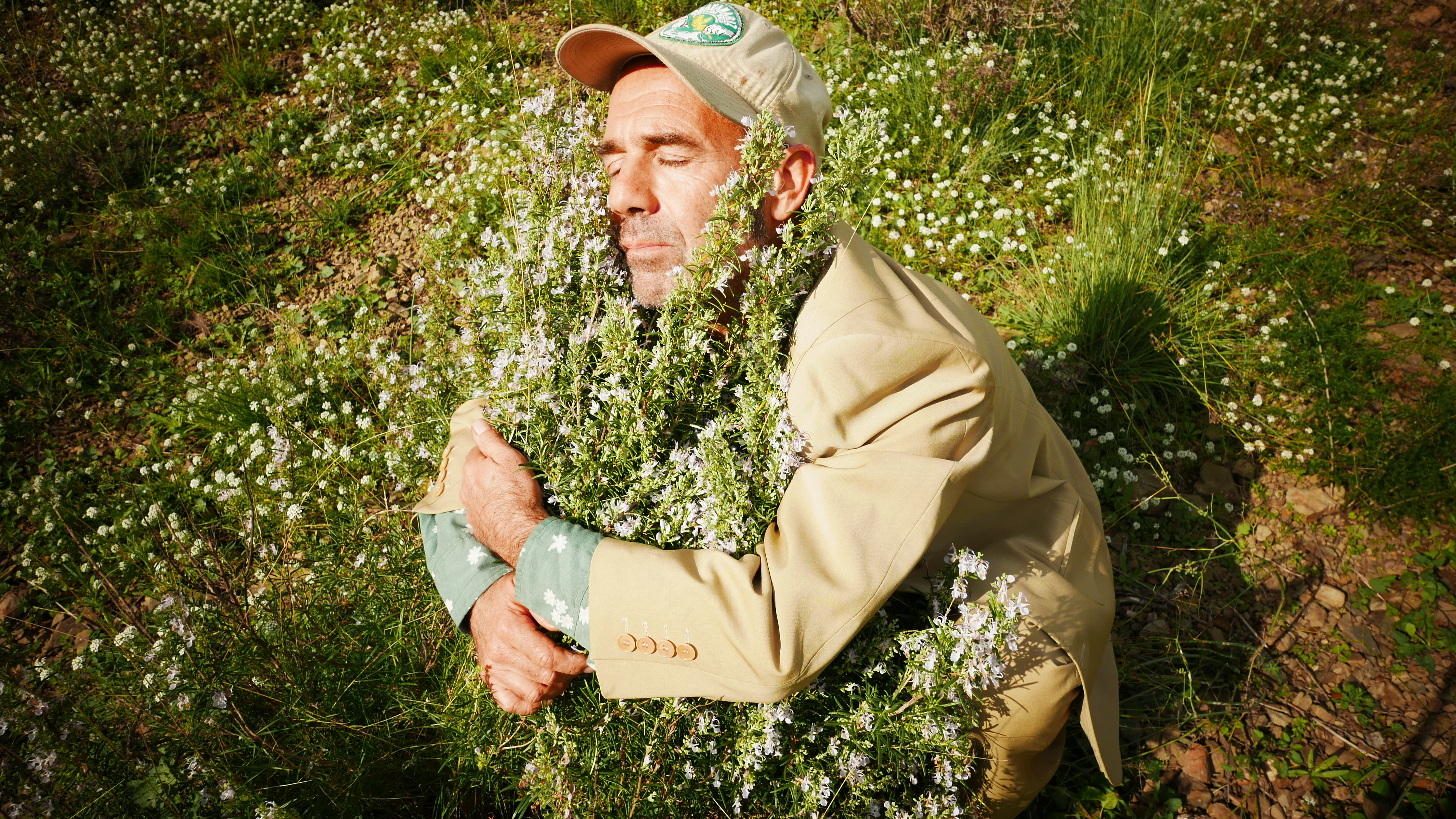