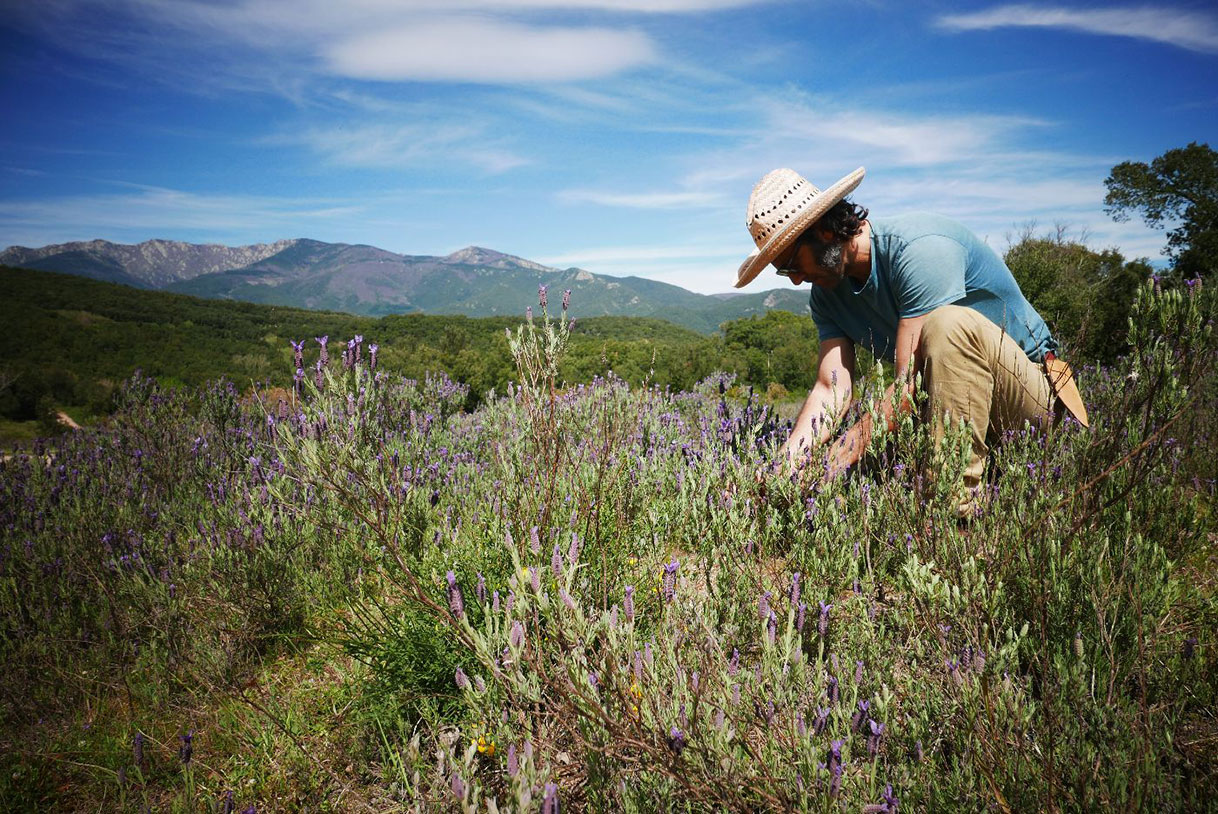 I arrived at Can Vilanova after driving along the entire northern shore of the Boadella reservoir. The area is rich in heather, Scotch broom, Spanish lavender and strawberry trees, along with the usual rockrose, thyme and rosemary. After going past the La Central bypass, the road enters into what seems like an enormous peninsula, which to the south runs up against the Penya-segats de la Muga mountain range, a zone declared a nature reserve. There is very little population in the area.

The Can Vilanova manor-keeper is Marina, a woman who is incredibly sensitive to energy flows. She knows various shamanistic techniques and collects sacred waters from all over the world. I could think of no one better to orientate me when looking for the natural founts and springs in the area. She assured me that she had not made the decision to live there, alone and isolated with a big, white dog, but that the house had invited her to come. In effect, the manor is built over top a quartz vein, which connects a menhir, a few metres south of the house, and a dolmen on the other side of the lake, to the north. I had been clumsy enough to park right over top of this quartz vein, but she did not seem to mind. She told me that she had just returned from the Azores, where arcane civilizations had built a device that rebounded the energy coming from South America towards Europe and the Orient. It was a kind of mirror or something similar, which ensured the Earth’s energy would flow. I tried not to judge what I was hearing. 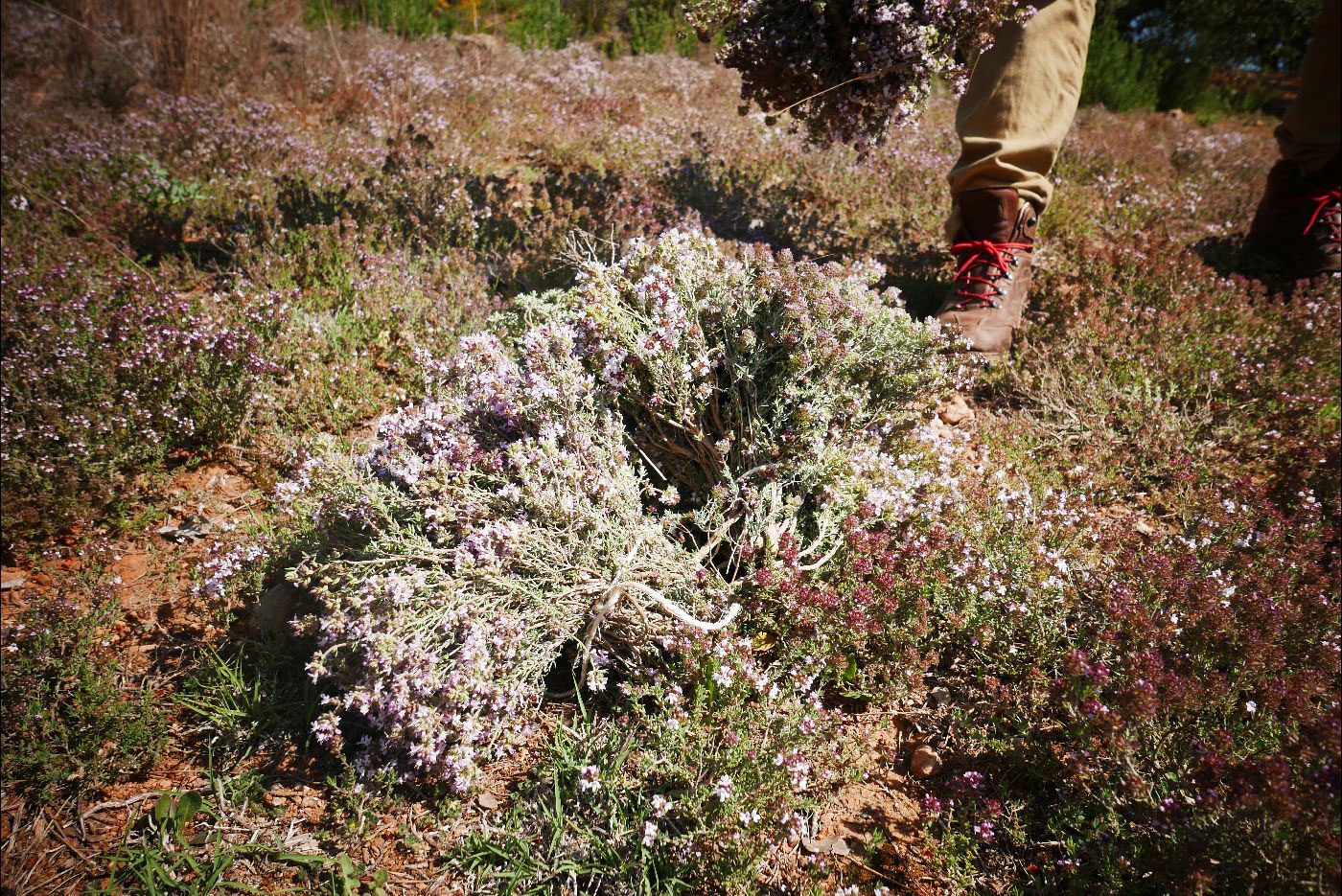 We were speaking a while, seated on the ground in front of the house. She spoke slowly, without trying to convince me of anything or impress me, while she scanned the horizon with her lively eyes.

Something she said surprised me. When I asked her what we should do to get closer to nature, she answered: “It’s very easy. You have to be in it. Even for a little while, while you are eating a sandwich you go off and sit on the grass, and there you are. This could be enough, but you have to take that time. There are more and more people who want this and are looking for it. Something is changing.”

Afterwards she said to me: “We think we are capable of destroying the planet. But that is just our arrogant bravado talking again. The Earth has never had so much energy, and we will not be the first or last civilization to disappear. If we have a negative impact on the Earth, it will find a way to get rid of us.” Not bad for a conversation that only lasted half an hour. When we said goodbye, she gave me a jar with sacred waters from everywhere, from Peru, Mexico, the Azores, England, India, Egypt, Tibet, and many other places I can’t remember now.

I was not surprised. I smiled, and she did too. You can’t live on energy alone.

A little further on, following the path, I came to some abandoned fields covered with a violet blanket. It seemed like an enormous lavender plantation, but they were wild Spanish lavender bushes. I had never seen anything like that, and the coincidence was not lost on me. I gathered in abundance, although I did not want to go overboard, hoping to come back with Sandra, the biologist, to this aromatic paradise. 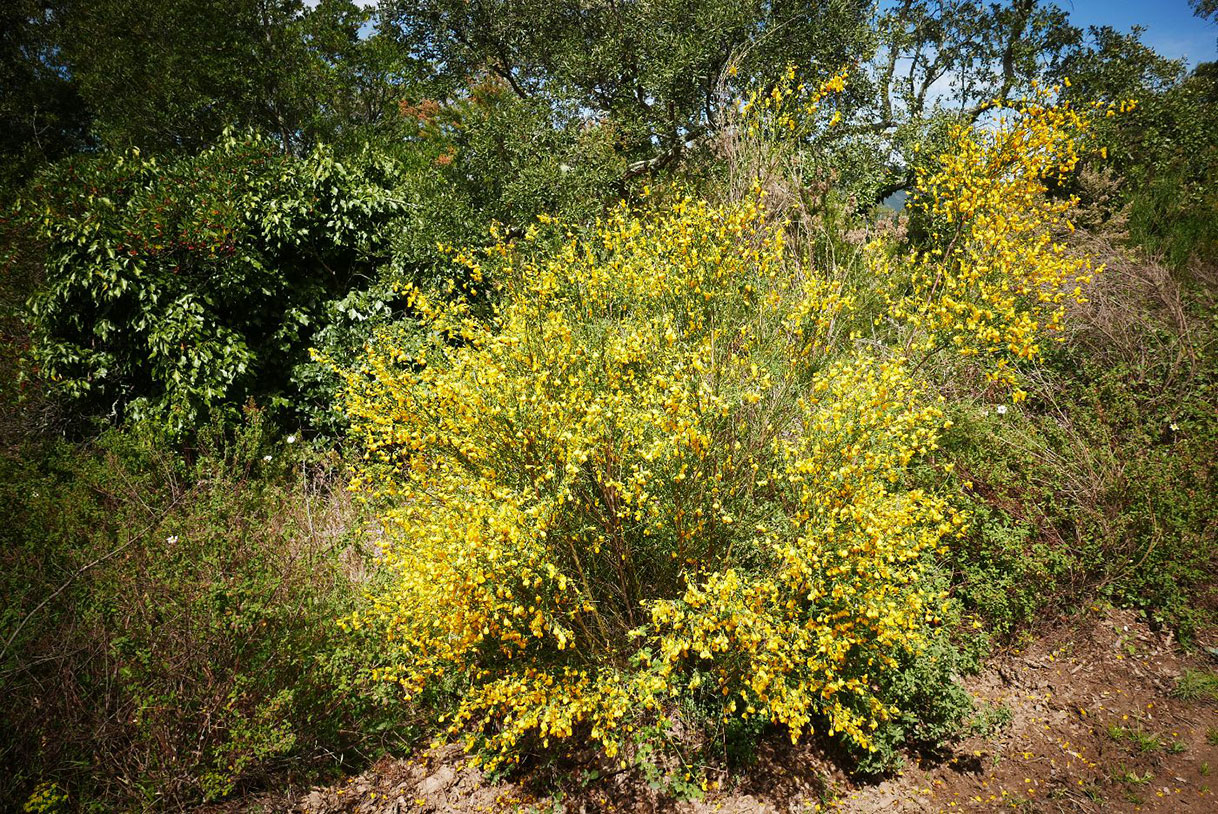