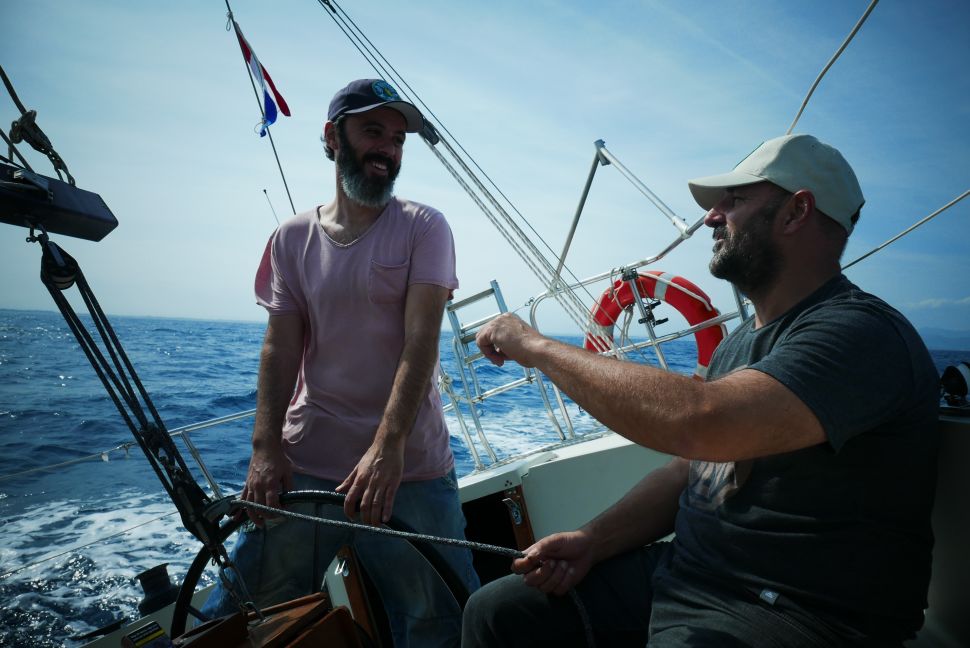 These two smiling, bearded men are in charge of this and so many other marvellous maritime outings. And they happen to be my friends. Larry and Xavi (co-founder of the brand) are the owners and captains of Gina, the flagship of Bravanariz whenever we take to the seas.

Certain hidden-away crannies of the Parc Natural del Cap de Creus are undeniably beautiful. By land, on foot, you can get to many of its coves, but some of them guard their treasures only for those who come by sea. In these coves the vegetation is authentic, and despite summer months of speed boats dropping off commandos of intrepid explorers in sandals, reeking of sunscreen, plants are safe and sound due to their lack of interest about botany.

To avoid tourists (including in September) it is best to arrive in the afternoon, put down before sunset and begin exploring in the early morning. That is exactly what we do. First, however, we have to sail a while, taking on the winds off the Gulf of Roses. 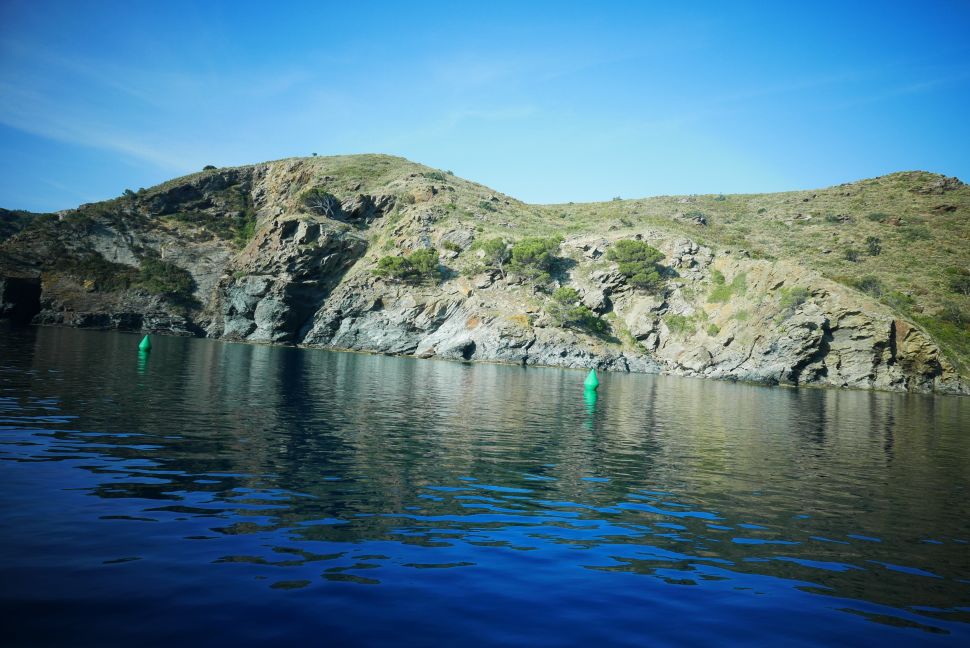 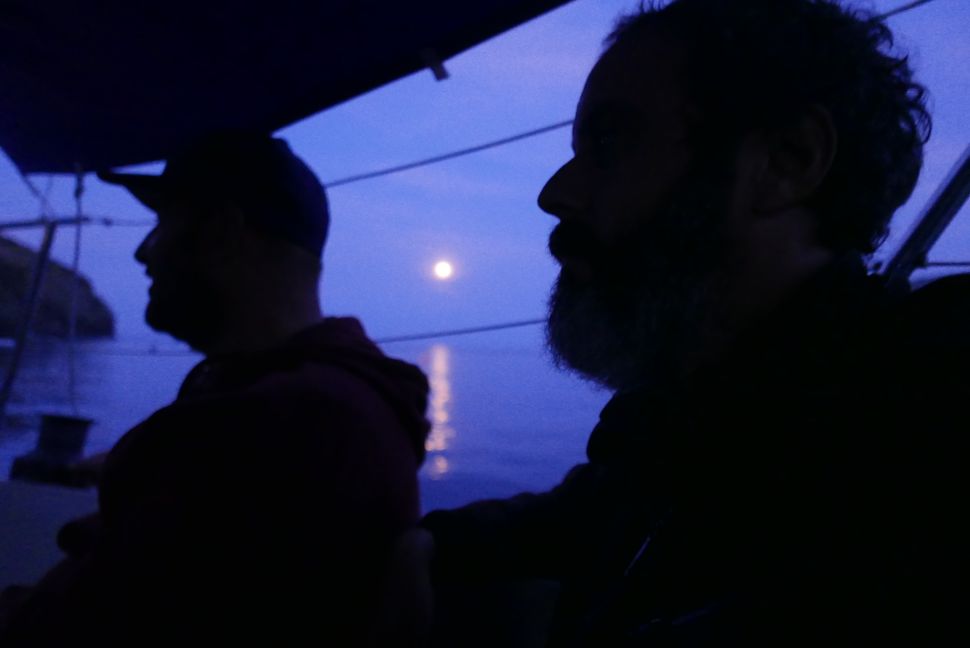 I take charge of cleaning and cooking. I like to feel useful, and on a boat, if there’s a captain there is plenty of work for sailors. When on board I try to not get in anyone’s way, but with a saucepan I can’t be beaten. Supper on Gina, rocked by the sea, after a few long tacks with the sails trimmed, is memorable. Not just because of my culinary skills, but also for the conversations we end up having, which inevitably go deeper than usual. The sea seems to give rise to subjects of worth. Whatever is anecdotal ends up being self-censured. Then, if there is nothing to say, silence holds sway, creating a space of its own, opening up a world of possibilities. The atmosphere propitiates this. In these images, anchored in Cala Jóncols in the light of the moon, we could feel the heat shock coming off the rocks, exposed all day to the hot sun. Mineral heat, leaving you speechless. Surrounded by such marvels, you think twice before coming up with something foolish, and the feelings that arise make you speak from the heart. Heart—that is exactly what my two friends are big on. 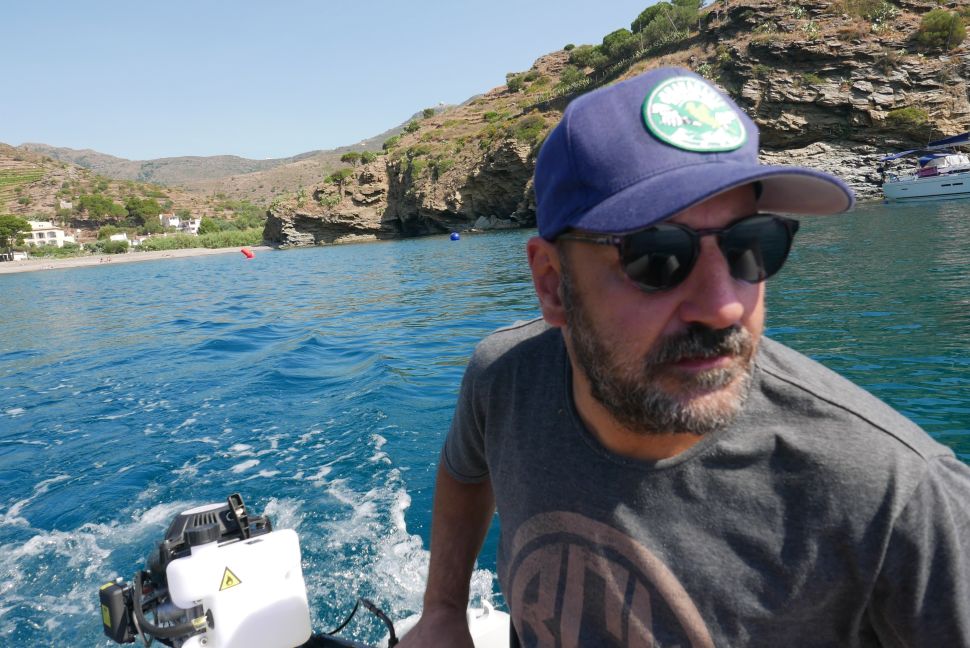 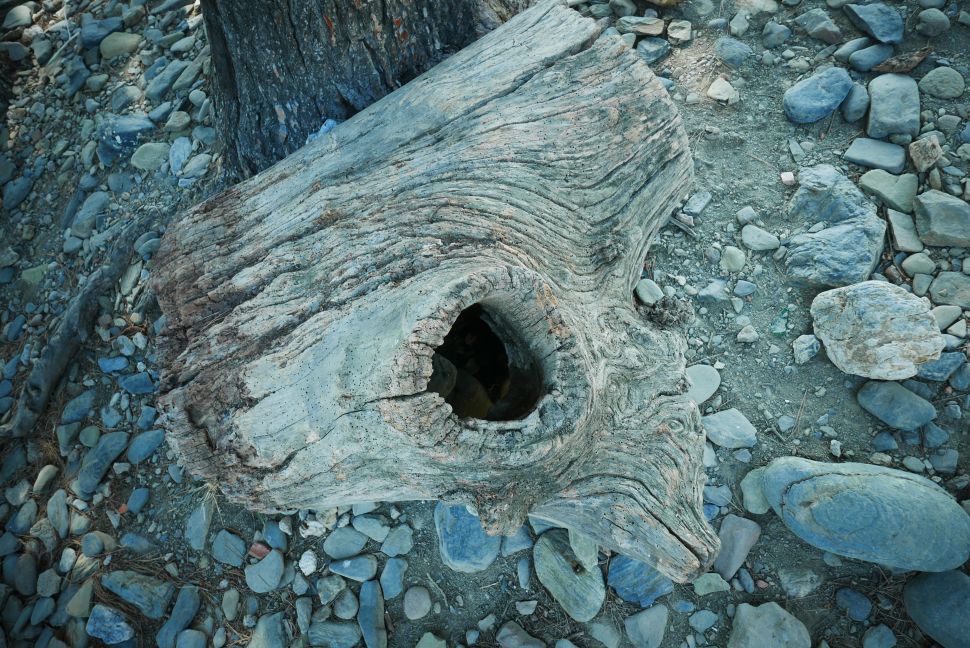 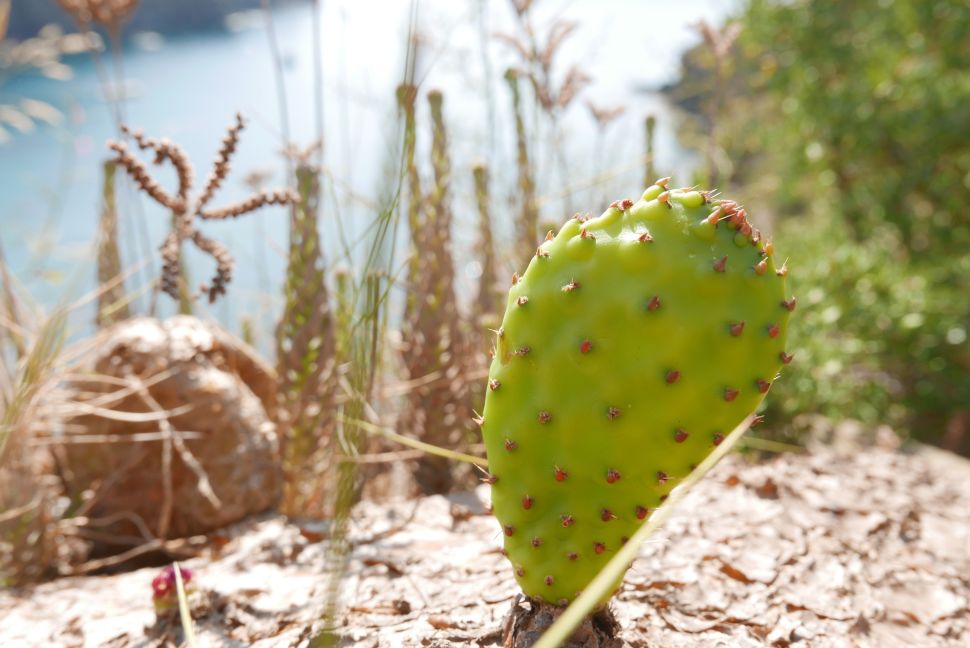 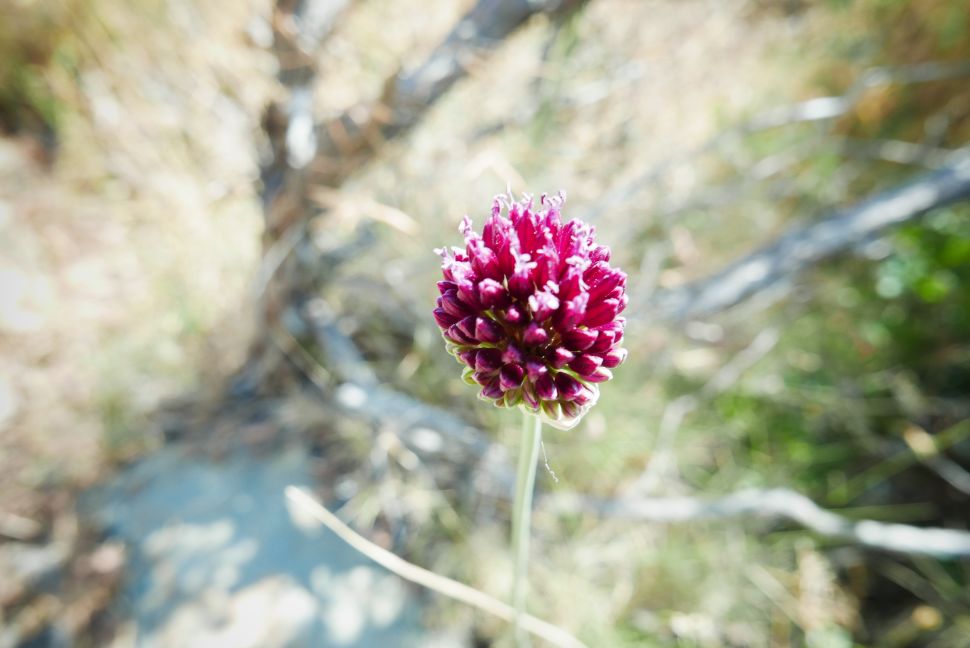 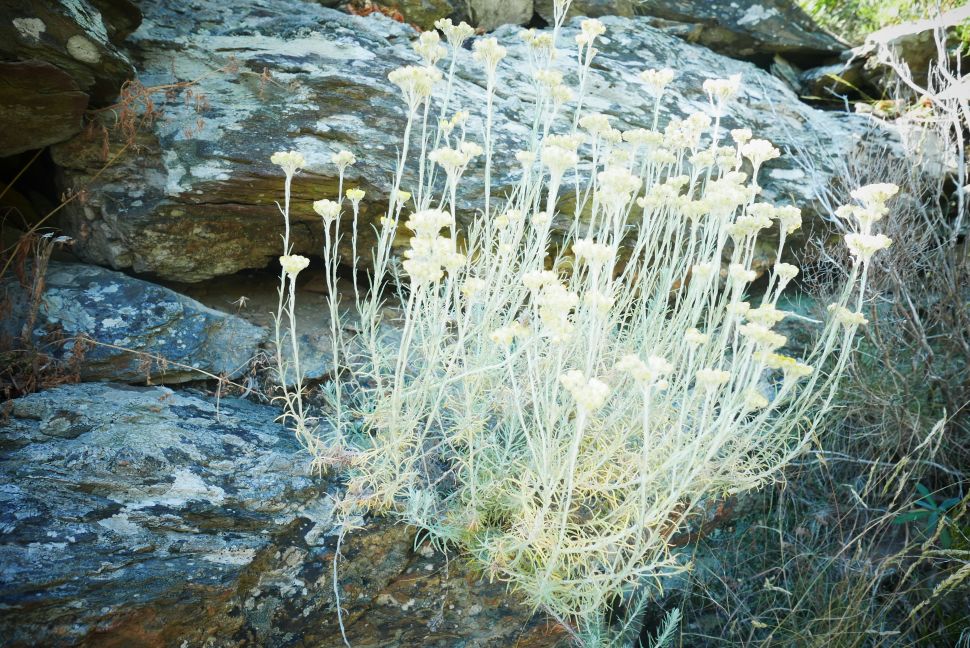 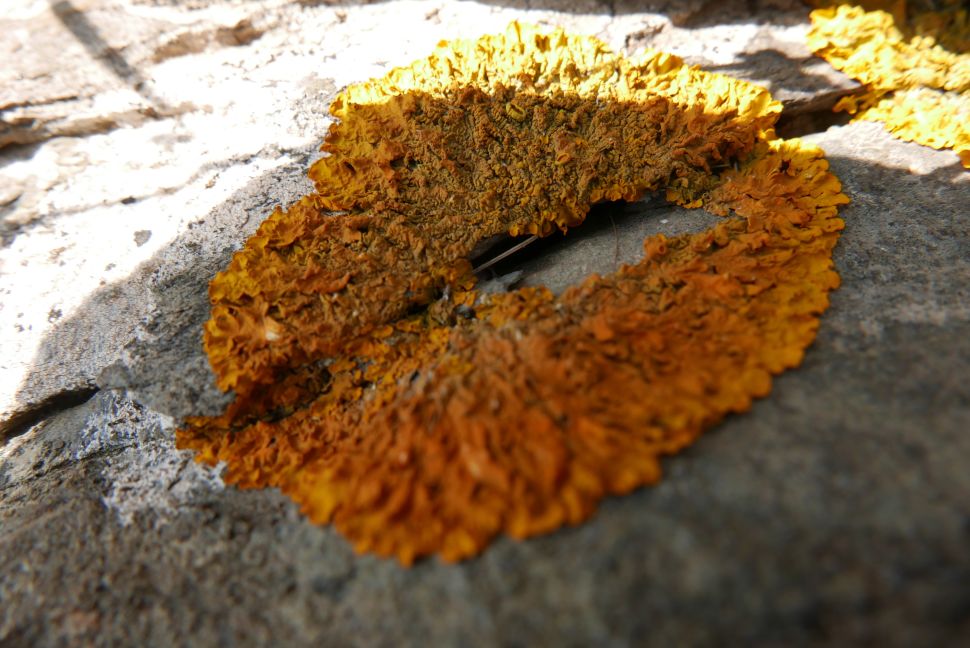 We wake up with first light, and without a second thought and still undressed we go for a comforting swim (since the depth of our conversation had been accompanied by fine wines and other imbibements, as might be imagined). After breakfast, now impatient, I began my search in solitary. Wild garlic (Allium usrinum), sempervivum (Helichrysum stoechas), samphire (Crithmum maritimum), prickly pear (Opuntia ficus-indica), Spanish lavender (Lavandula stoechas), rockrose (Cistus) and a new discovery: donzell marí, a local variant of absinthe, or wormwood (Artemisia gallica). Hardly a walk or expedition goes by without new findings. The scent of wormwood is elegant and delicate, a surprise for these latitudes. This is something I will have to keep in mind when inventing new formulas. 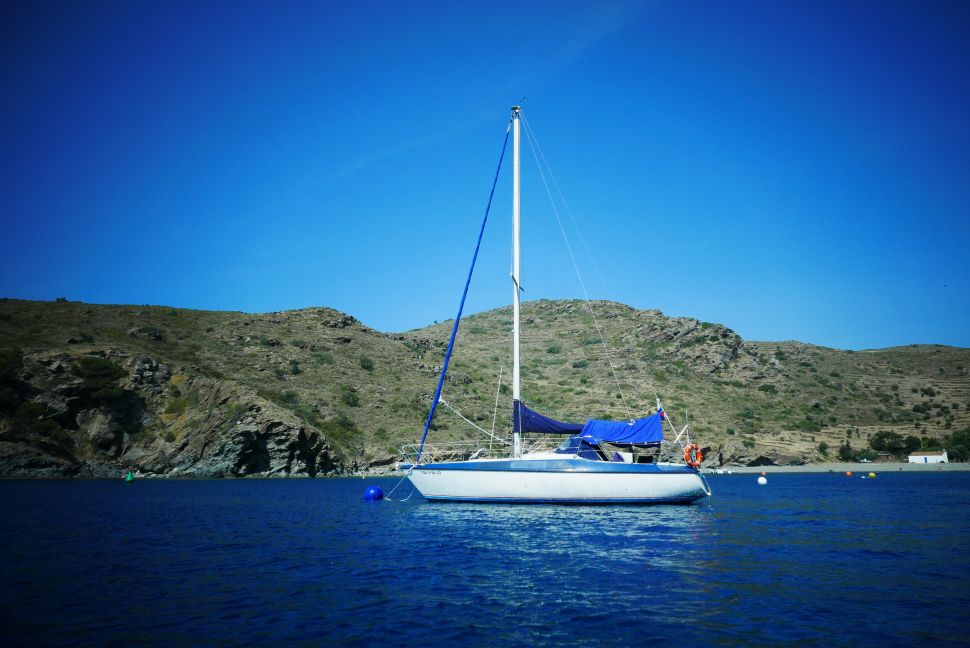